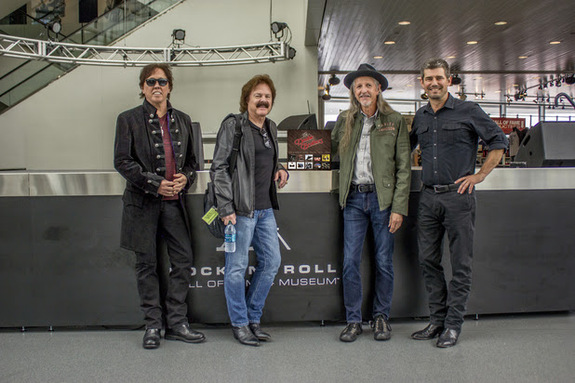 During their time at the Rock and Roll Hall of Fame and Museum, the band met with President and CEO Greg Harris and interviewed with SiriusXM’s Classic Vinyl with Nancy Alden. The visit was scheduled during the band’s 2015 summer tour, where they will perform over 50 shows in 25 states and Canada.