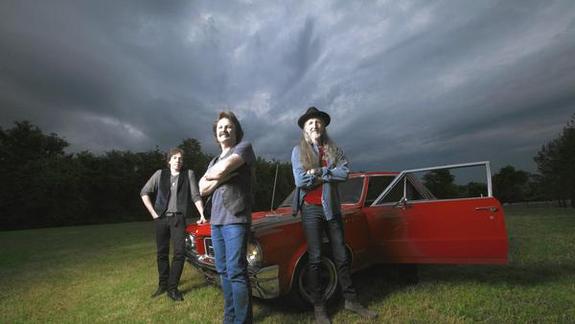 After teaming up with country stars for a new album, the Doobies are heading to Pompano Beach.

Think of it as a Southern-fried greatest-hits endeavor: The Doobie Brothers took their thick catalog of hits to Nashville, and connected with current country stars.

The result is “Southbound,” which finds the band partnering with country singers such as Blake Shelton, Brad Paisley, Hunter Hayes, Chris Young and Toby Keith. The November release consists of 12 classic songs, including “China Grove,” “Listen to the Music,” “Black Water” and “Jesus Is Just Alright.”

Guitarist John McFee argues that only a fool would believe the Doobie Brothers, who will appear Feb. 25 in Pompano Beach, and country music are an ill fit. When the band broke up in 1982, McFee and Doobies drummer Keith Knudson formed South Pacific, which lasted from 1983 to 1991 and reached No. 1 on the country charts with “New Shades of Blue” and “Honey, I Dare You.” (The Doobies reunited in 1987.)

“For me, personally, the process has been more of moving ‘back’ into country, or at least sideways into it,” McFee says in an email. “To me, country music has always been part of my life.”

“Even ‘Listen to the Music’ had banjo on it,” he says.

The Doobie Brothers formed in 1970. McFee joined in 1979, and again in 1992. Singer-guitarists Tom Johnston and Patrick Simmons have been with the band since the beginning. The current lineup’s five other musicians joined within the past 17 years.

McFee says the band often has a tough time figuring out which songs to play in concert. The Doobie Brothers recorded nine albums from 1971 to 1980, seven of which went platinum.

“Our fans have their favorites and ‘wish list’ songs they’d like to hear,” he says. “When it comes time to play the shows, though, it always feels like there is a natural flow to the transitions, and we try hard to make the shows musically engaging for both the fans and ourselves.”