The Doobie Brothers Performed at the Alliance for Lupus Research
Honors Indra K. Nooyi Gala in New York
Event Raises $1.4 Million for Critical Lupus Research
December 16, 2014, New York, NY – The Doobie Brothers performed at the Alliance for Lupus Research’s (ALR) 2014 Benefit Dinner to raise funds for biomedical lupus research, honoring Indra K. Nooyi, Chairman and Chief Executive Officer of PepsiCo, Inc. Nooyi was recognized Tuesday, December 2, 2014 at the event held at Mandarin Oriental Hotel in New York City. With the support of the PepsiCo Foundation, the event raised 1.4 million dollars for lupus research. Robert W. Pittman, Chairman and Chief Executive Officer of iHeartMedia, Inc. and co-chair of the event, invited the legendary rock band to appear.
The Doobie Brothers, who are currently celebrating the release of their new album Southbound on Arista Nashville, were honored to perform.  Tom Johnston, Doobies founding member adds, “We’d like to thank all the folks at ALR for having us be a part of such a worthy cause. We enjoyed meeting and talking with Indra about her love of music. We’d also like to give a special thanks to Bob Pittman at iHeart Media, and Robert Wood (Woody) Johnson for having us on board for this event. It was truly an honor to meet and play music for you all!” The other dinner co-chairs were Robert Wood Johnson IV, Chairman and Chief Executive Office of the New York Jets; and Hugh F. Johnston, Executive Vice President and Chief Financial Officer of PepsiCo, Inc.. Additional guests included Lesly Simon, Vice President of Promotion, Arista Nashville, and Clay Hunnicutt, Executive Vice President and General Manager of National Programming Platforms at iHeartMedia, Inc.
About Lupus
Systemic lupus erythematosus (SLE, or lupus) is a chronic autoimmune disease that can affect the joints and almost every major organ in the body, including the heart, kidneys, skin, lungs, and brain. As many as 1.5 million people in the United States have lupus which affects mostly women during childbearing years, though men and children can have the disease. Lupus is three times more common in African-American women than in Caucasian women and is also more prevalent in women of Latino, Asian, and Native American descent.
About the ALR
The Alliance for Lupus Research (ALR) is a national voluntary health organization dedicated to finding better treatments and ultimately preventing and curing systemic lupus erythematosus (SLE, or lupus), a debilitating autoimmune disease. The organization is based in New York City and chaired by Robert Wood Johnson IV, a member of the founding family of Johnson & Johnson. Since its founding in 1999, the ALR has given more money to lupus research than any non-governmental agency in the world. By the end of 2014, the ALR will have committed nearly $100 million to fund the most innovative and aggressive research into the cause, prevention and cure of lupus. The board of directors funds all administrative and fundraising costs, allowing one hundred percent of all donations from the public, and the proceeds of our signature grassroots fundraising program, Walk with Us to Cure Lupus, to go directly to support research programs. More information can be found at www.alr.org.
The ALR board of directors funds all ALR administrative and fundraising expenses, so 100% of all donations received go directly to support lupus research.
About The Doobie Brothers
The Doobie Brothers have been delivering mind-blowing, roots-based, harmony-laden, guitar-driven rock and roll for over four decades, selling more than 48 million albums and winning four GRAMMY awards. Boasting one of the most loyal fan bases in music, the band continues to write and record new material and tour the world. In 2011, the band marked a new chapter, filming a CMT Crossroads special with superstar Luke Bryan and appearing for the first time on the Grand Ole Opry. Their relationship with Nashville continues to unfold with the November 2014 release of a Southbound on Arista Records Nashville. 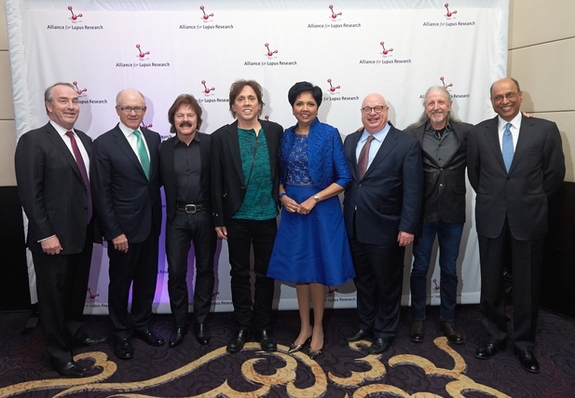